This section records my journey with the transmission in my 1993 Chevy C1500 Indy Pace Truck. When I purchased it, it had the original GM 4L60E automatic transmission in it. The 4L60E is the electronically controlled evolution of the original 1982 Turbo-Hydramatic 700R4. The TH700R4 was renamed “4L60” following the new GM naming convention when the electronic version, 4L60E, was phased in as the 4L60 was being phased out. This happened in 1993 for trucks (mine), vans, and SUVs, and 1994 for rear wheel drive passenger cars.

I do not know if this 4L60E had ever been rebuilt before I purchased it.

Sometime in late 2014, I starting out on a road trip to Florida hauling my 2008 Triumph Bonneville, when the 3-4 gears went out. I learned from subsequent research and talking to my local mechanic that this is a common occurrence with this particular model transmission. So, I had a local transmission shop that my mechanic recommended,”rebuild” the trans and to “beef up” its performance in the process.

That 4L60E rebuild lasted maybe 10,000 miles of normal driving before it failed again in 2017. So, the next rebuild was done by a different transmission shop recommended by another mechanic that I had found in the new town where I had moved. This time, I had them install a TransGo shift kit and to change the shifting to be quicker, with less slippage.

That rebuild lasted maybe another 10,000 to 15,000 miles before it failed again… on June 18, 2020, the very day that I was able to test drive the truck with the newly rebuilt and replaced Blueprint Engines 383 Stroker in it. This time it was not only the 3-4 gears, but also the trans would just spin in “D” and would not move forward unless I put it in “D1”, then shifted manually to “D2”. When I got the truck back to Dave’s Auto Service, and discussed what happened with Paul, the Chief Tech, he knew exactly what had happened. His diagnosis was confirmed when he had pulled the trans and opened it up – the input sprag had failed. 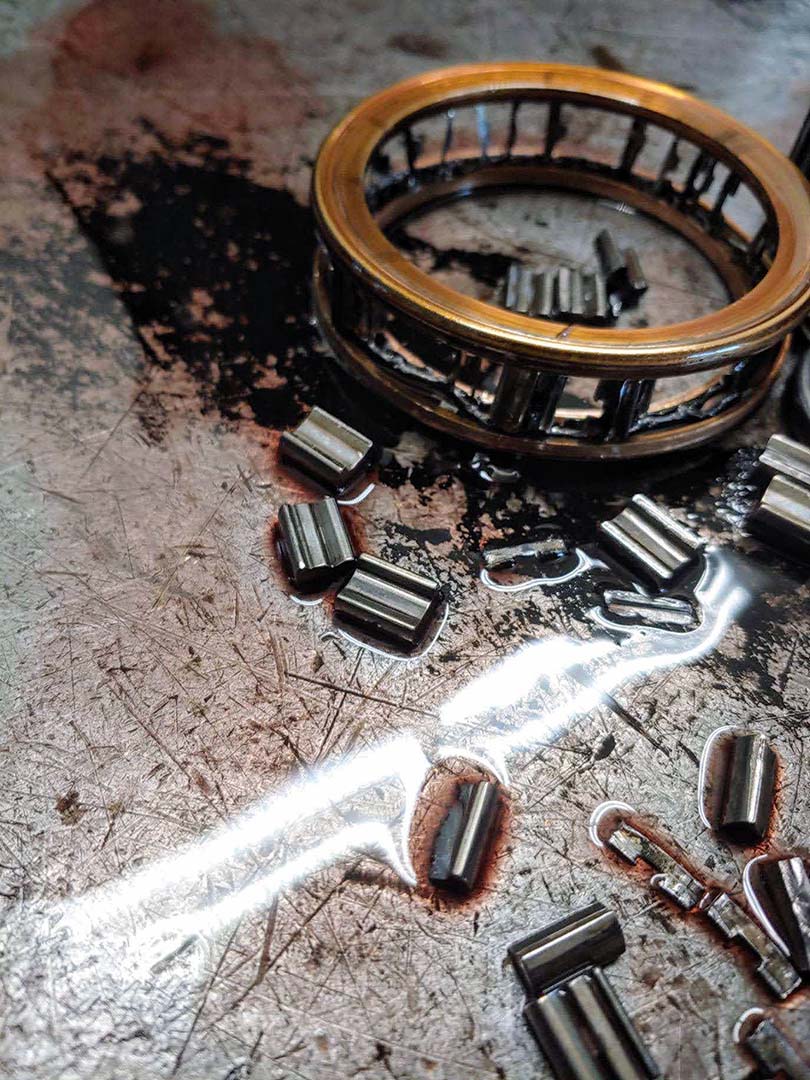 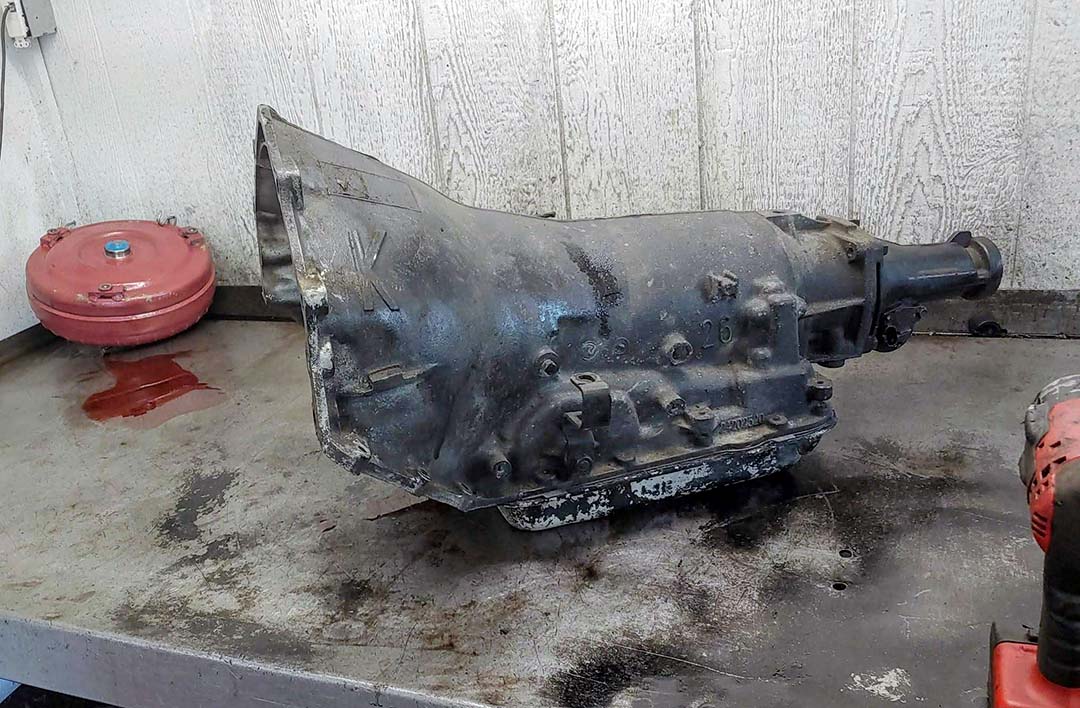 The 4L60E transmission ready for tear down 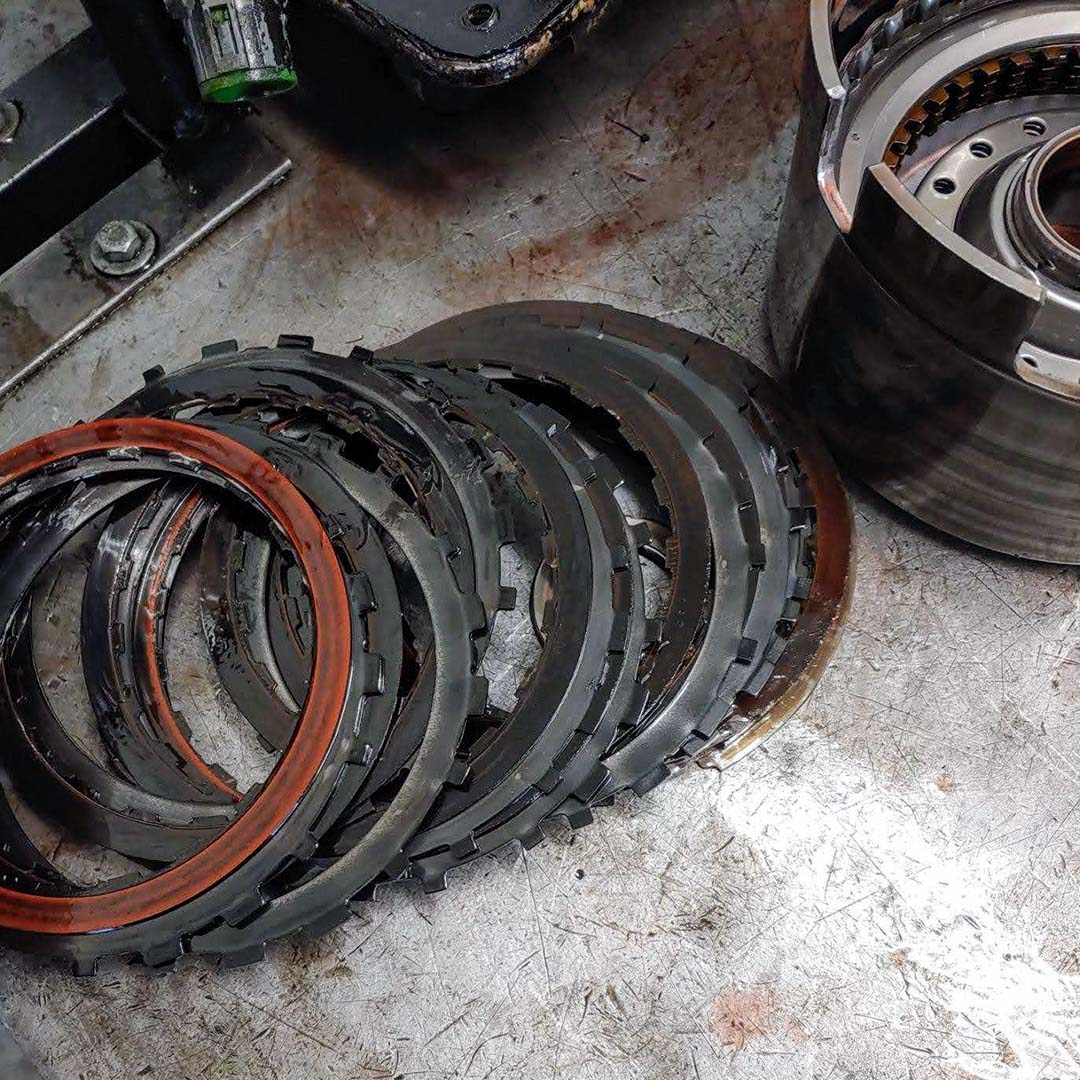 Several of the clutch plates show signs of wear

I authorized Dave’s Auto to go ahead with a complete rebuild of this trans, hoping that the third time will be done right. Based on the quality of work Paul did on the 383 Stroker engine, I trust that this will be the case. Parts were ordered and as soon as they all arrive, the trans will be rebuilt and upgraded to include

Paul (Dave’s Auto Service) has guaranteed that the rebuilt and upgraded 4L60E trans will be more than able to handle the 363 HP and 437 ft.lbs. of torque of the Blueprint Engines 383 Stroker. 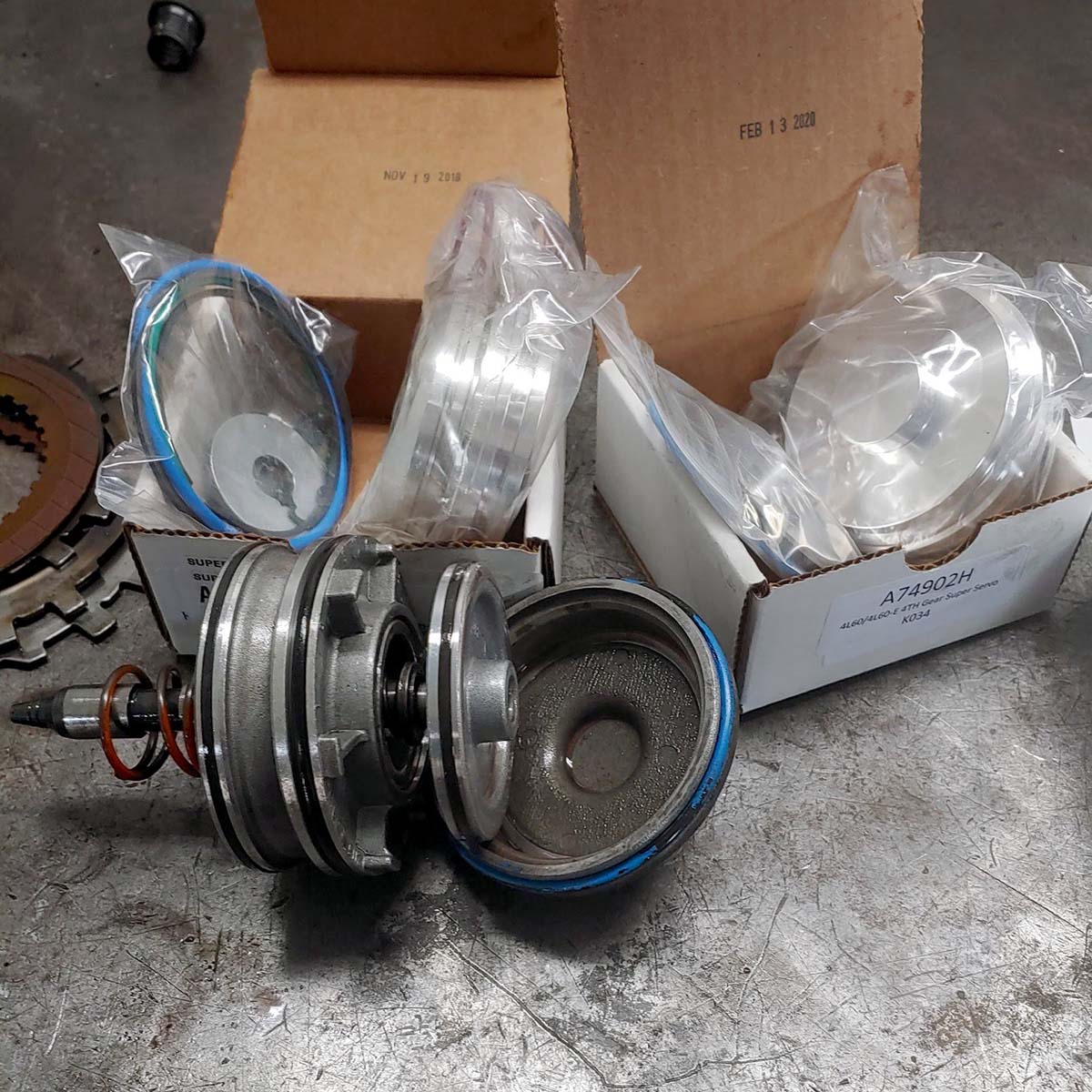 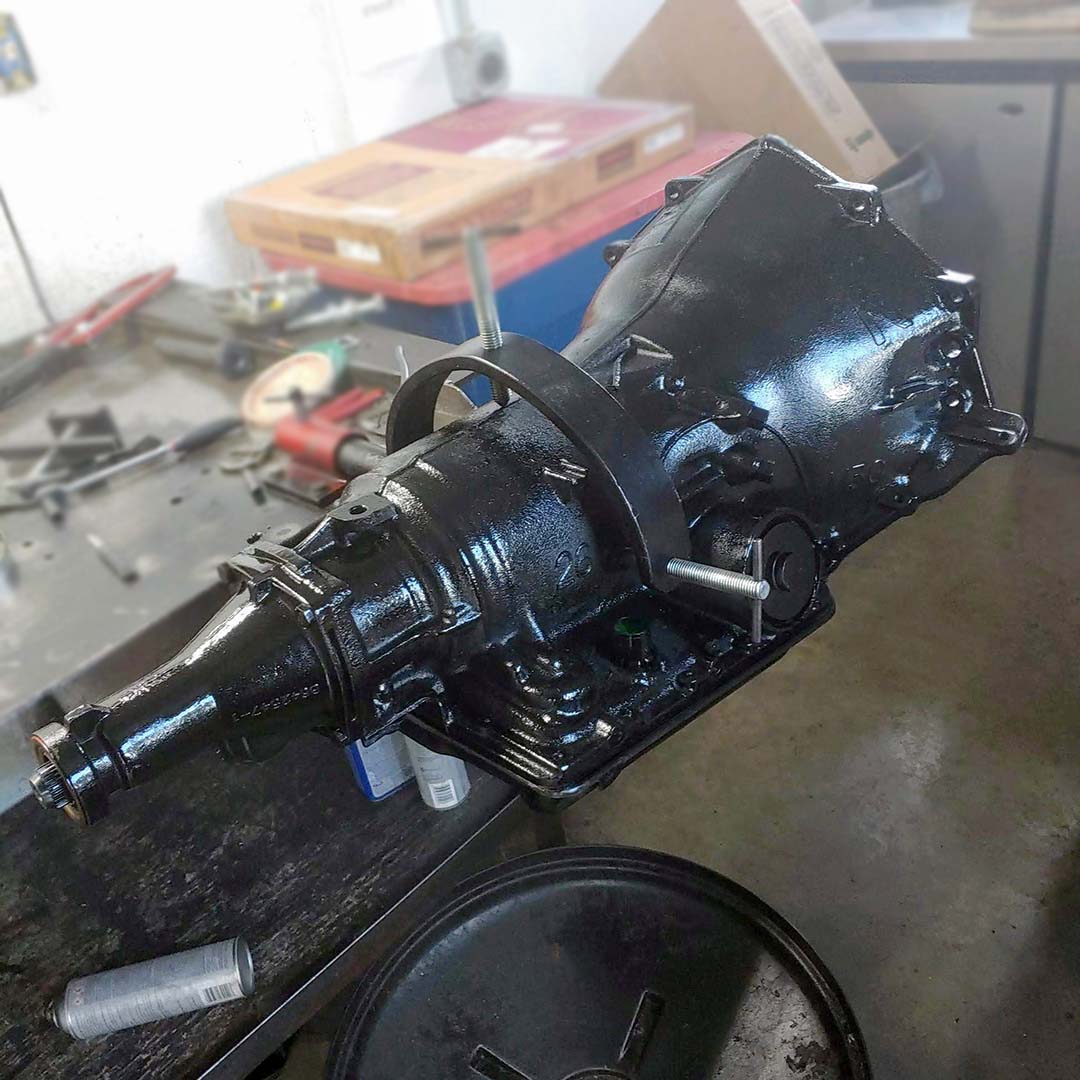 4L60E transmission rebuilt, painted and ready to be re-installed. 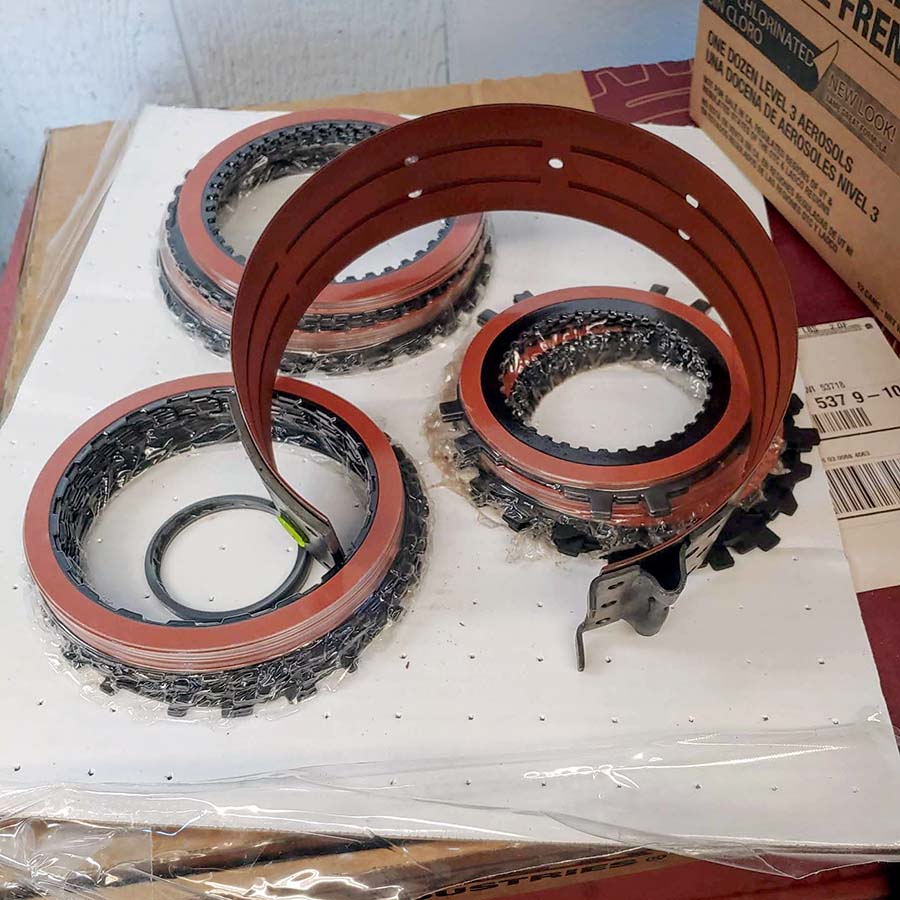 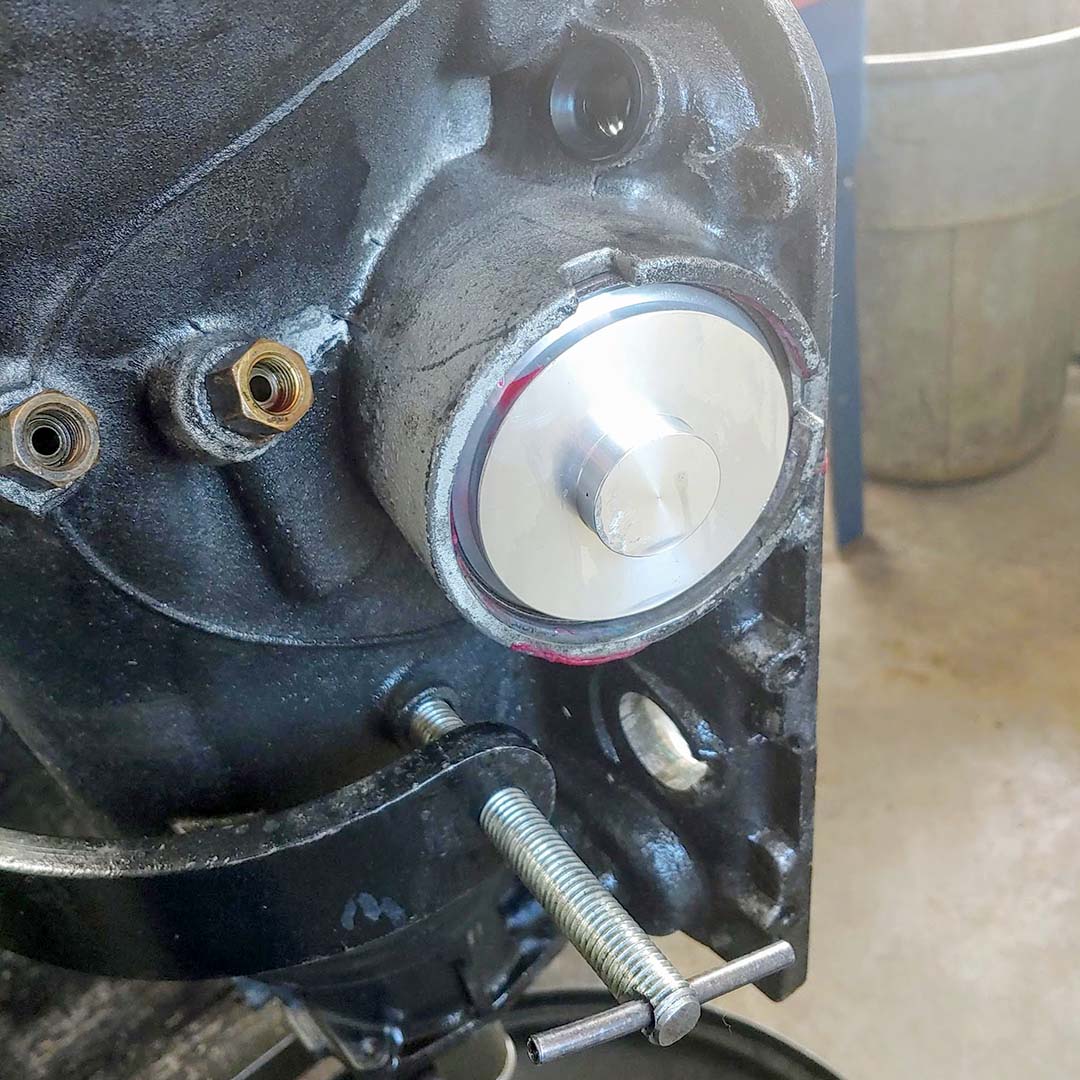 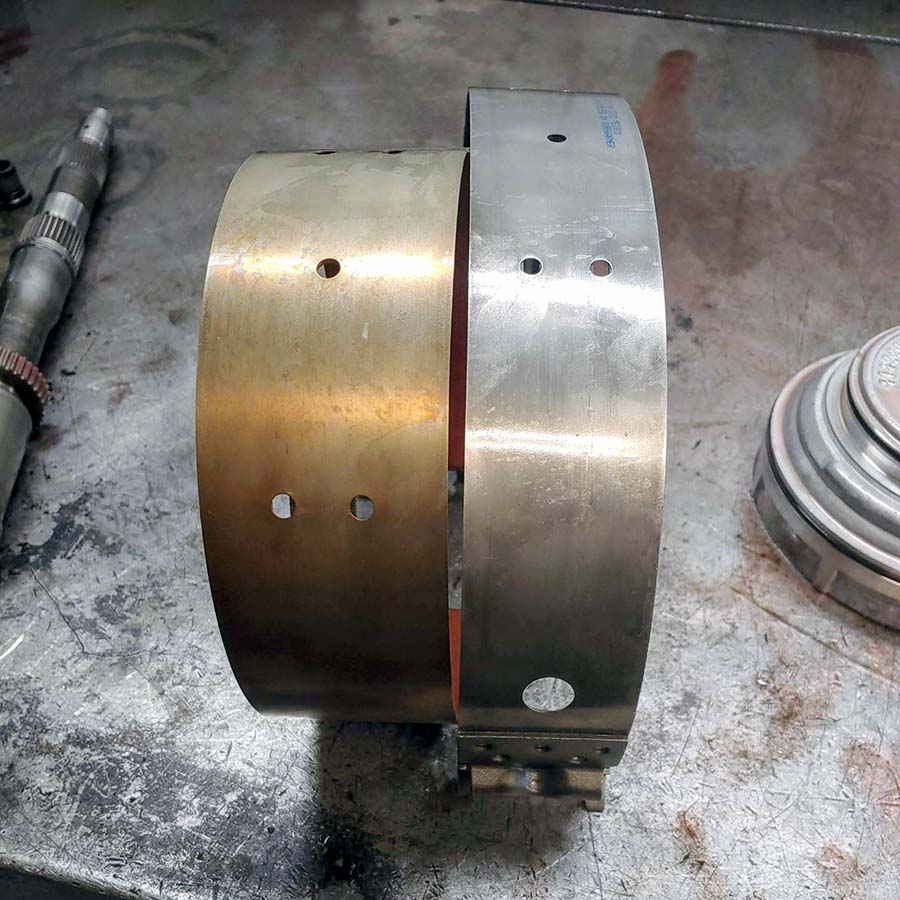 New band is significantly wider than the original 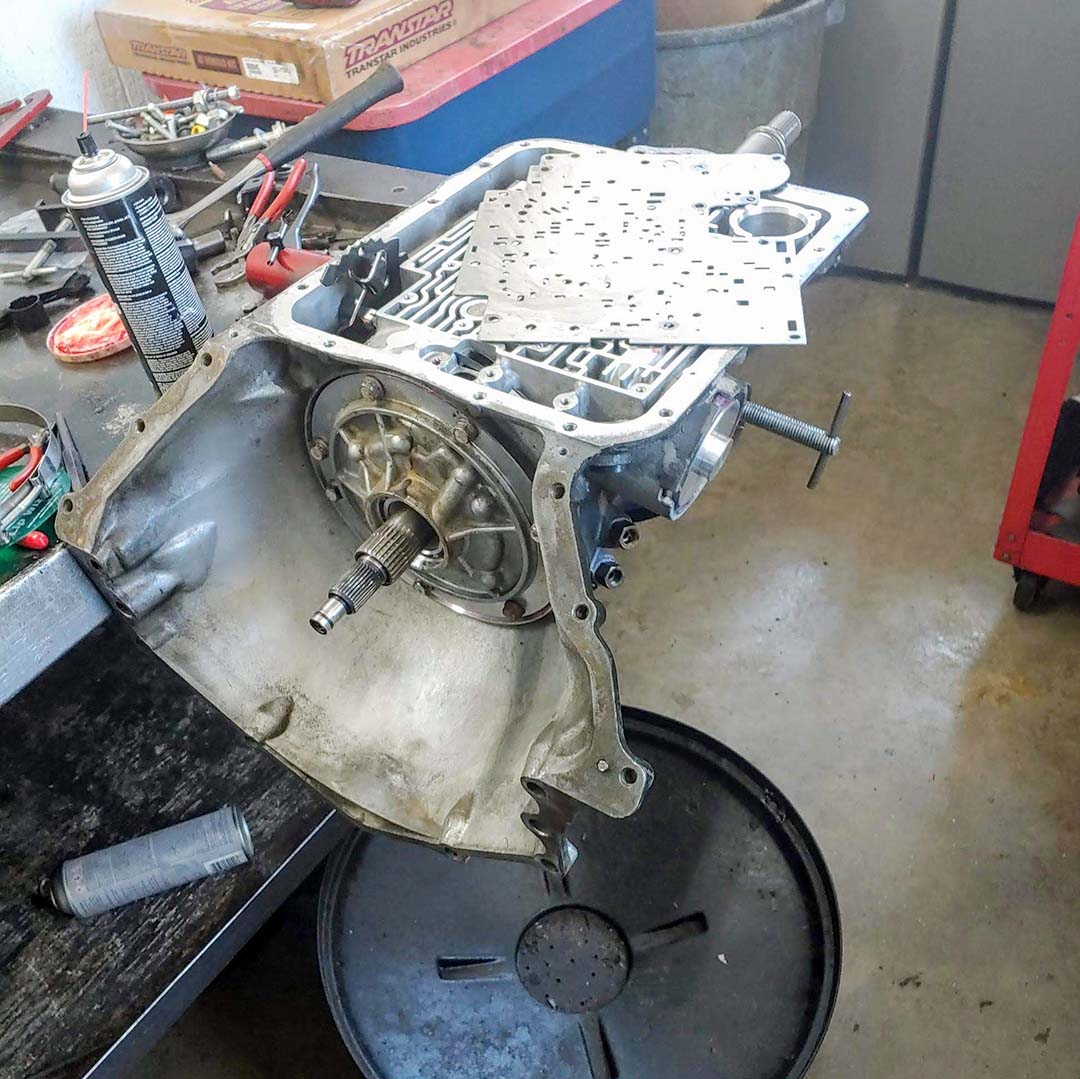 I do not yet have my truck back this holiday weekend. I have been told by Paul at Dave’s Auto Service that the rebuilt 4L60E transmission is not shifting correctly with the new transmission shift control unit that Blueprint Engines supplied with the engine rebuild. He plans to remove the valve body and make some changes early next week, and hopefully that will enable me to be able to finally get this track back into normal operation!

Paul discovered that the low pressure was due to a crack in the drum. A new drum has been ordered and when it arrives, the trans will be put back together and hopefully that will take care of the remaining 4L60E issues. 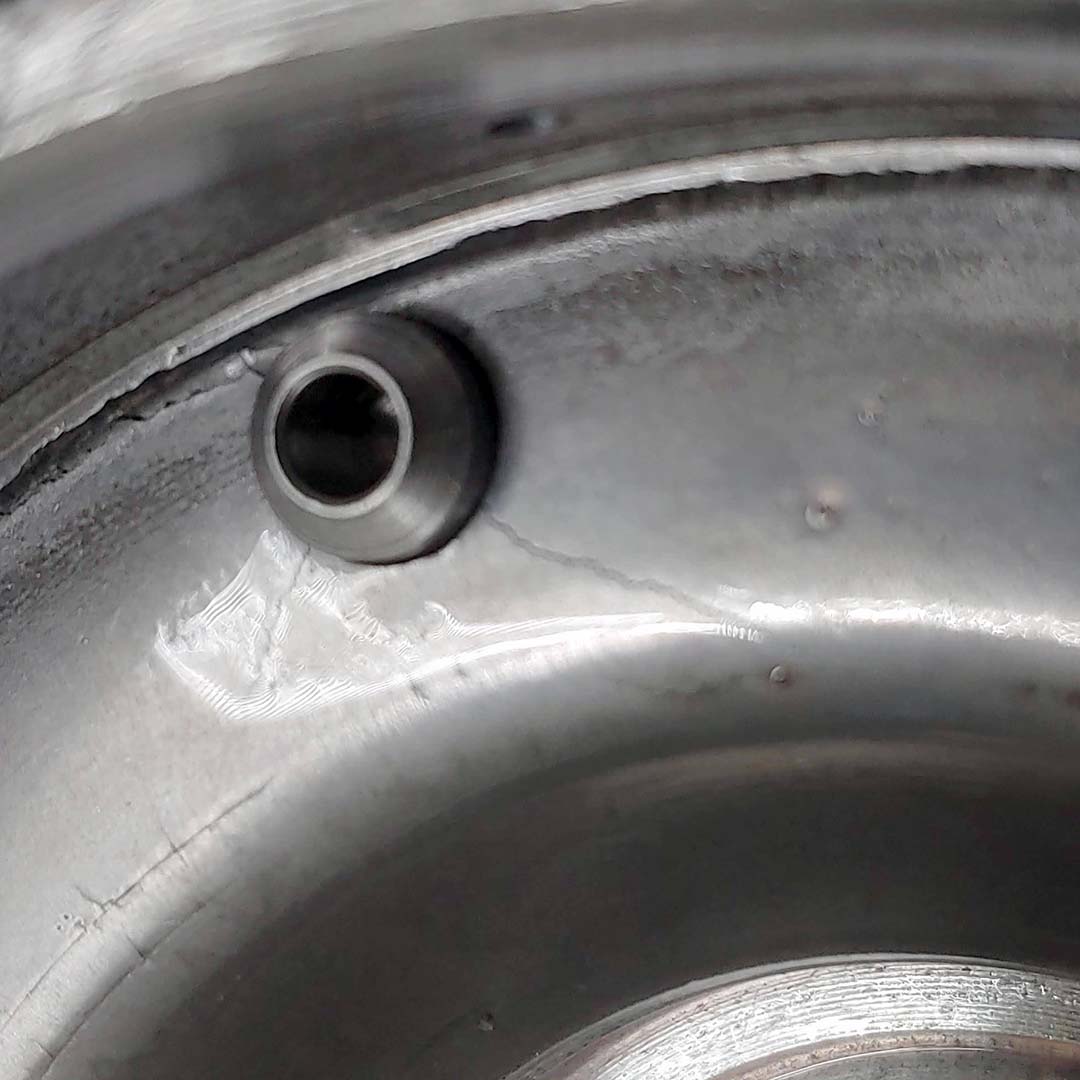 A crack discovered in the 4L60E drum which was causing low pressure.

4L60E drum needs to be replaced.

Today I was able to pick up the 1993 Chevy C1500 Indy Pace Truck from Dave’s Auto Service. It runs better than it ever did and the rebuilt and upgraded 4L60E transmission feels very strong.