After moving to Wisconsin the paint and bodywork completed at Deluxe Auto Werks in 2017 had begun showing some problem areas. I noticed that the front bumper and hood edge, plus the wheel wells, received a significantly greater number of small chips and dents due to increased exposure to gravel, rocks, and dirt falling from construction trucks. They just don’t enforce covering those big haul trucks up here. As a result, larger areas of bare metal and rust started developing in the lower white area of the truck.

Additionally, I noticed that the rear custom roll pan I purchased from LMC Trucks and that Deluxe had installed, was showing rust from under the paint at the seams where they had welded it in place. Also, rust was appearing at the lower door edges and a few other spots.

I asked my mechanic Paul if he knew a good body shop and he suggested that I contact Willie Osborne who lives about 30 min. east of me in Wisconsin. Paul said, “Willie will take care of you!” So, I drove the truck out to see Willie in the fall of 2020 and we agreed that he would fix everything over the winter.

February 2, 2021, I drove the truck out to Willie’s garage and left it for him to begin the work. The plan was that he will take the affected white areas back down to the metal, patch any needed metal areas, redo the bodywork and then repaint the lower white. In addition, he would spot fix areas in the black and rebuff the entire truck. Finally, he would add a thin teal pinstripe between the black and white, and add a small, elegant, classic, pinstripe element on the hood nose and tailgate. Willie assured me his work would last many years.

I picked up the truck 9 days later on February 11, 2021, looking brand new! Willy had fixed all of the lower white areas, and added some sweet custom pinstriping, and buffed out the entire truck to a glass-like gloss finish. He is clearly an artist and professional craftsman. He told me that the truck body is solid and should last for a good many more years before it needs attention. He told me to drop by if there were any problems and he would take care of it as his work is guaranteed.

Following below are photos he took during the process. 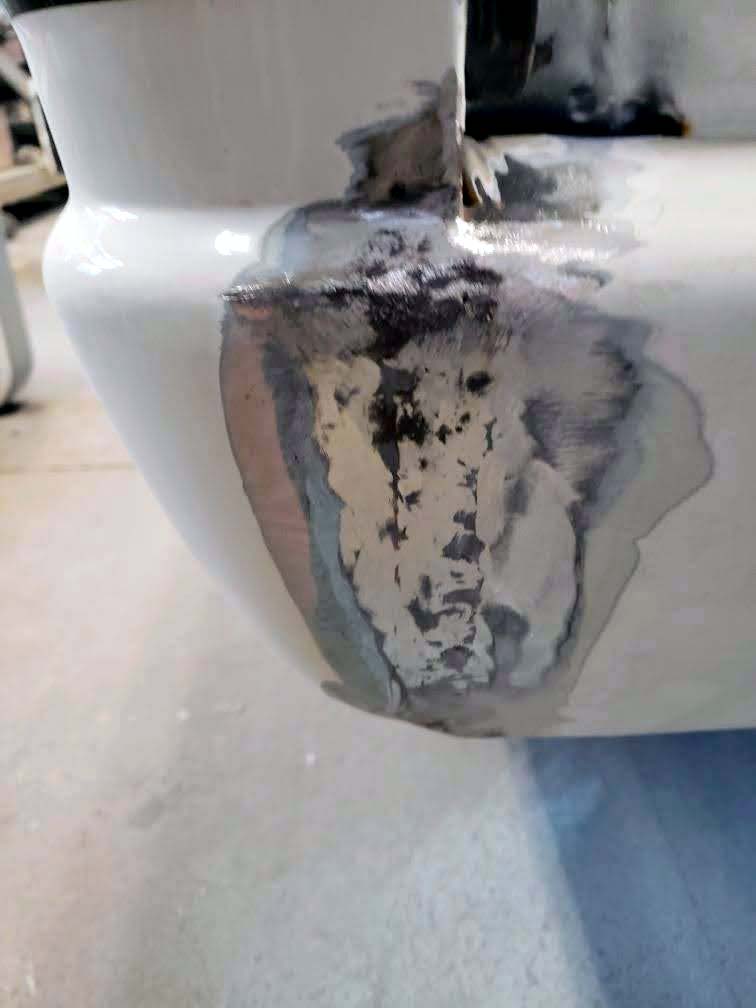 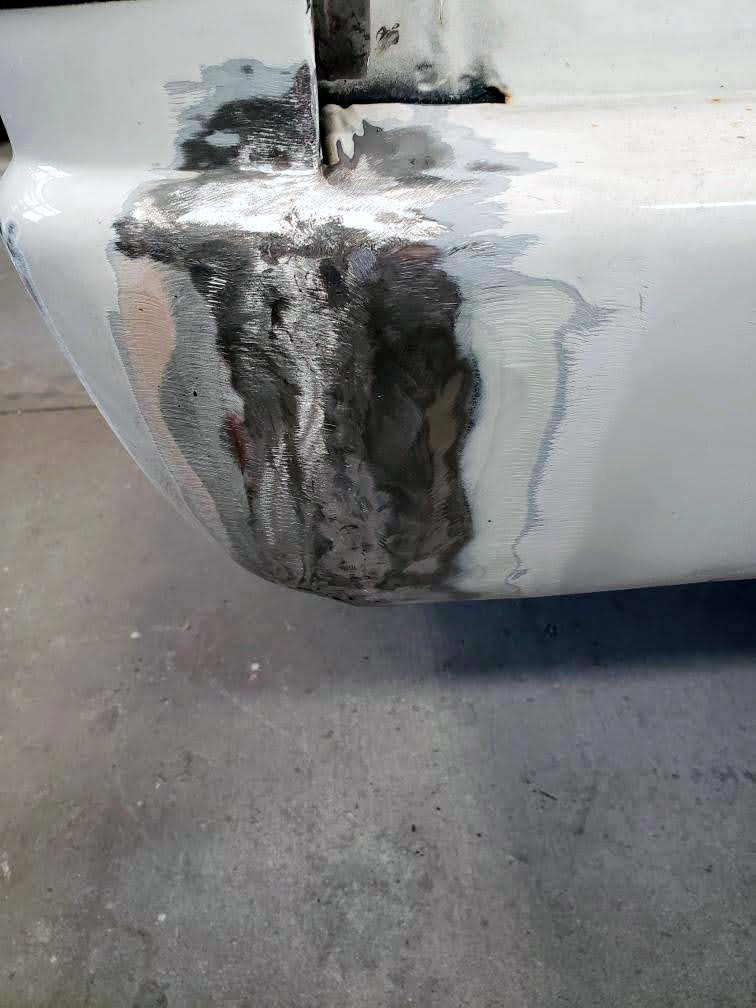 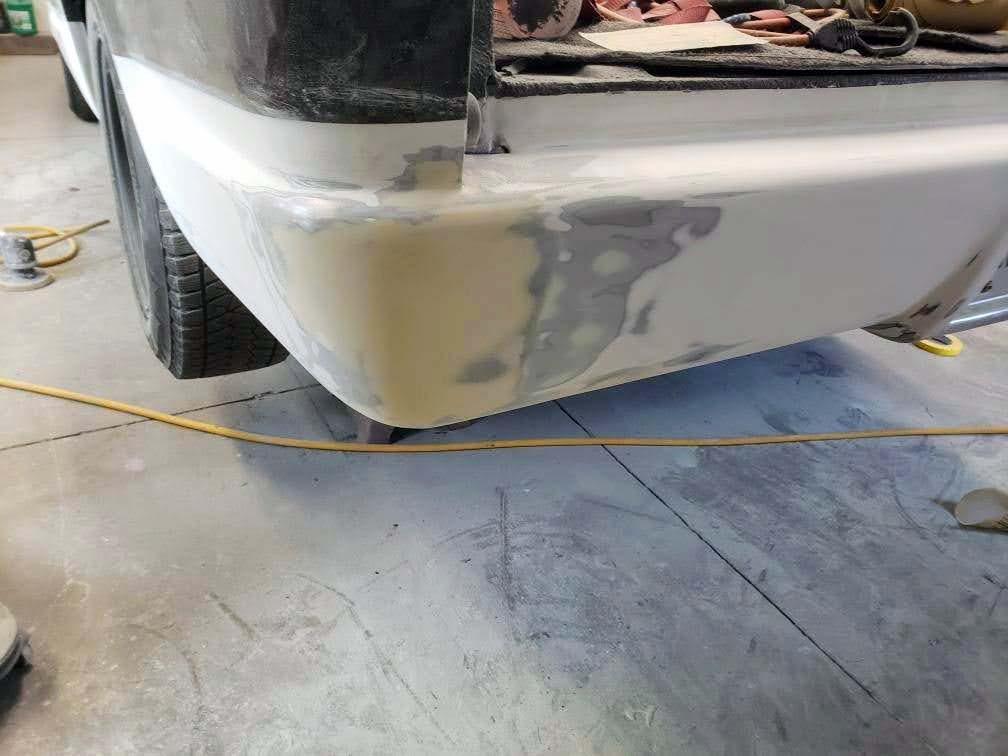 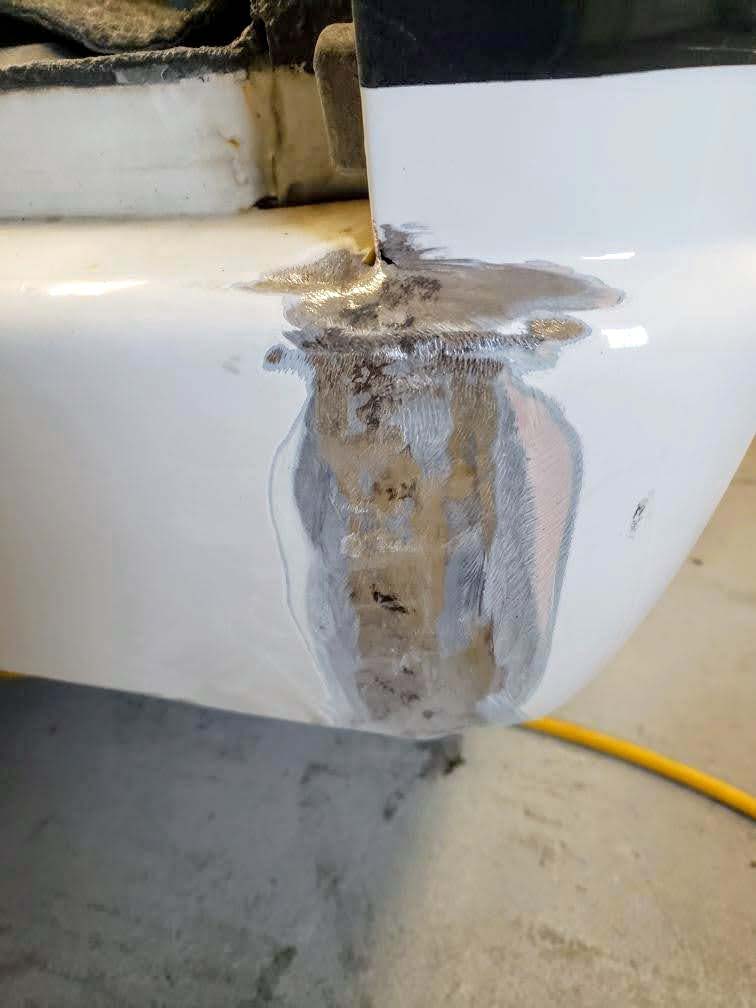 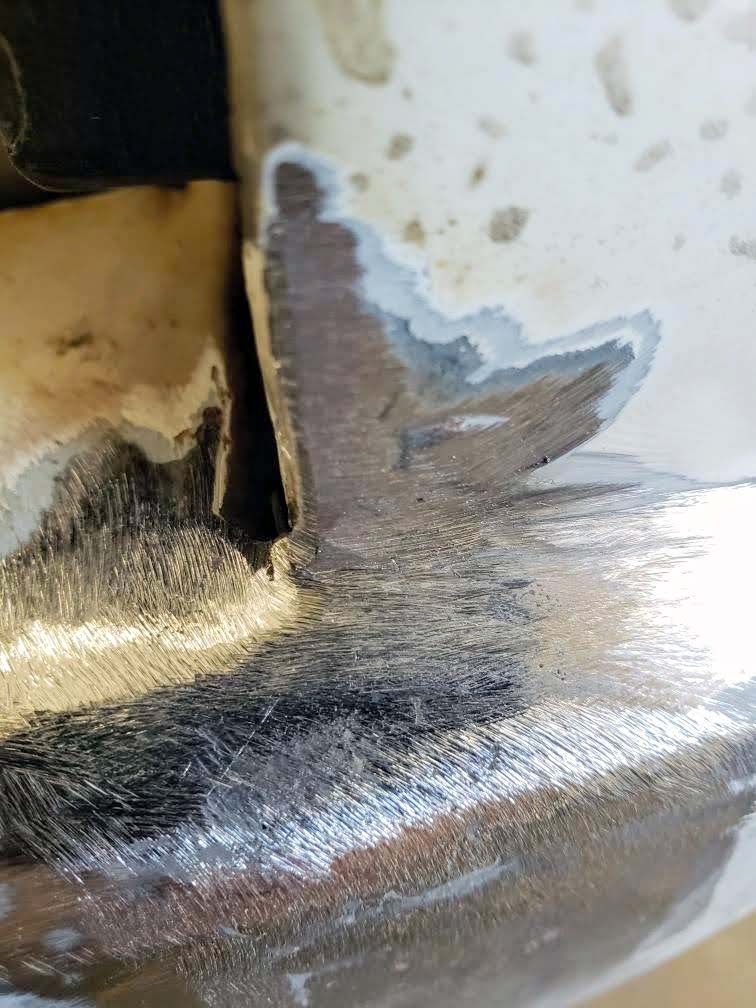 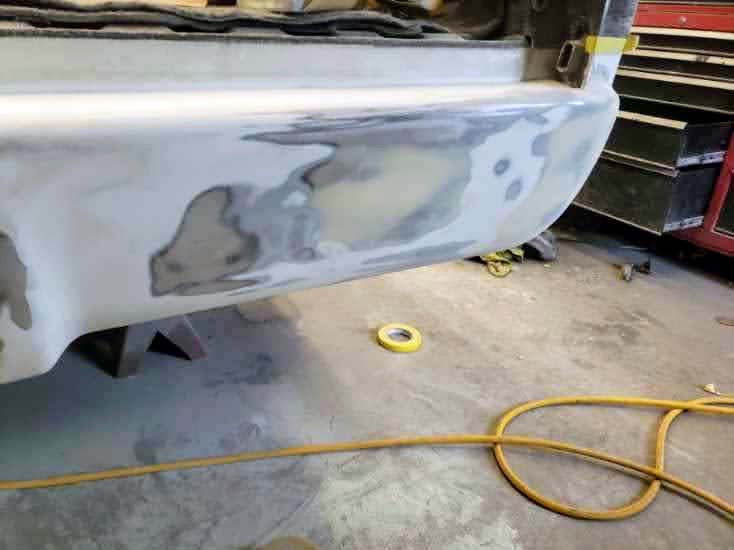 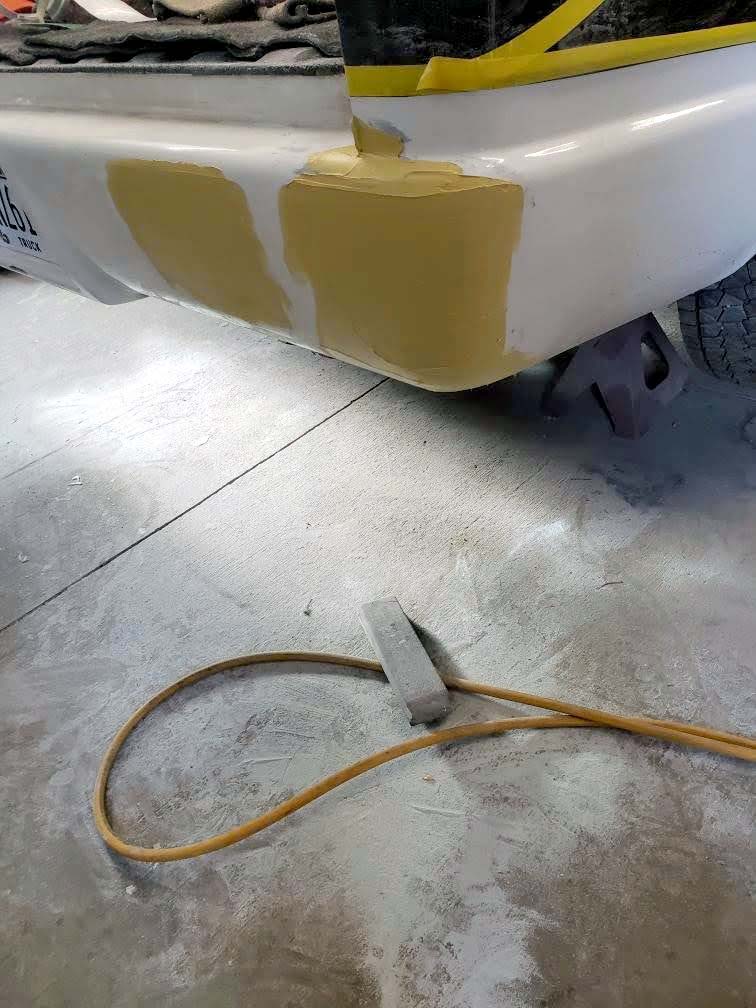 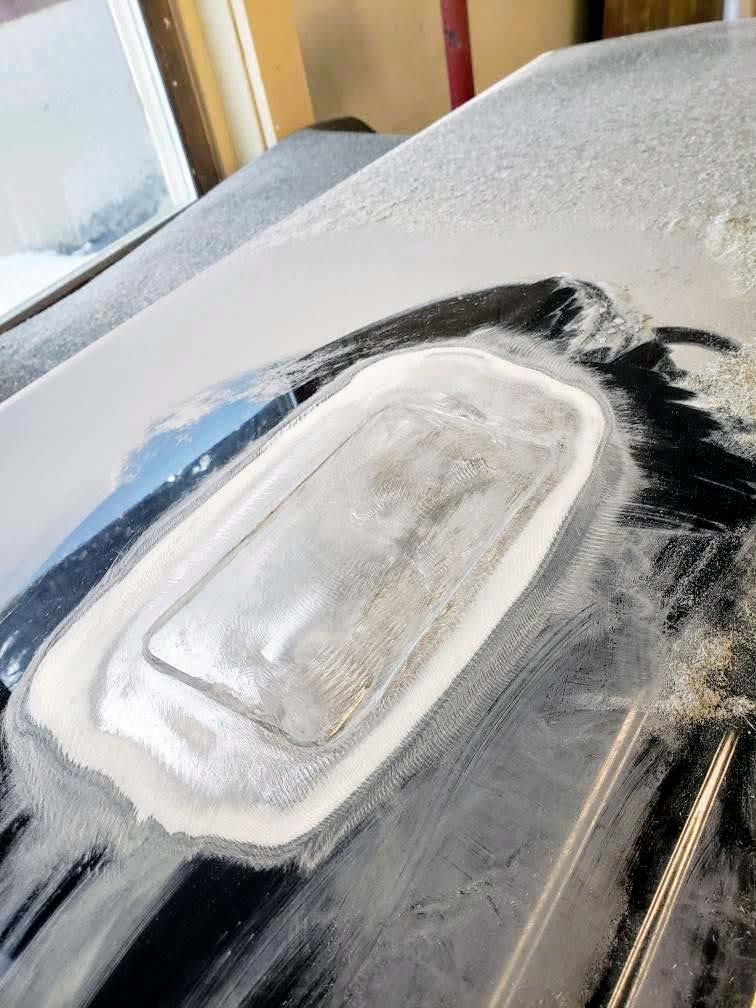 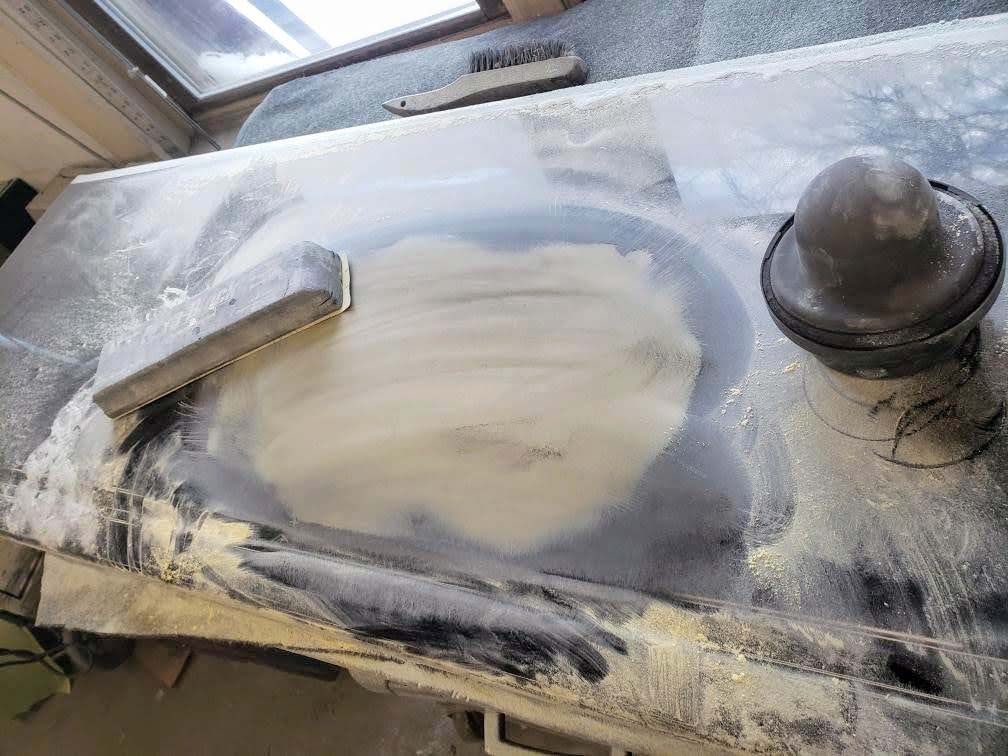 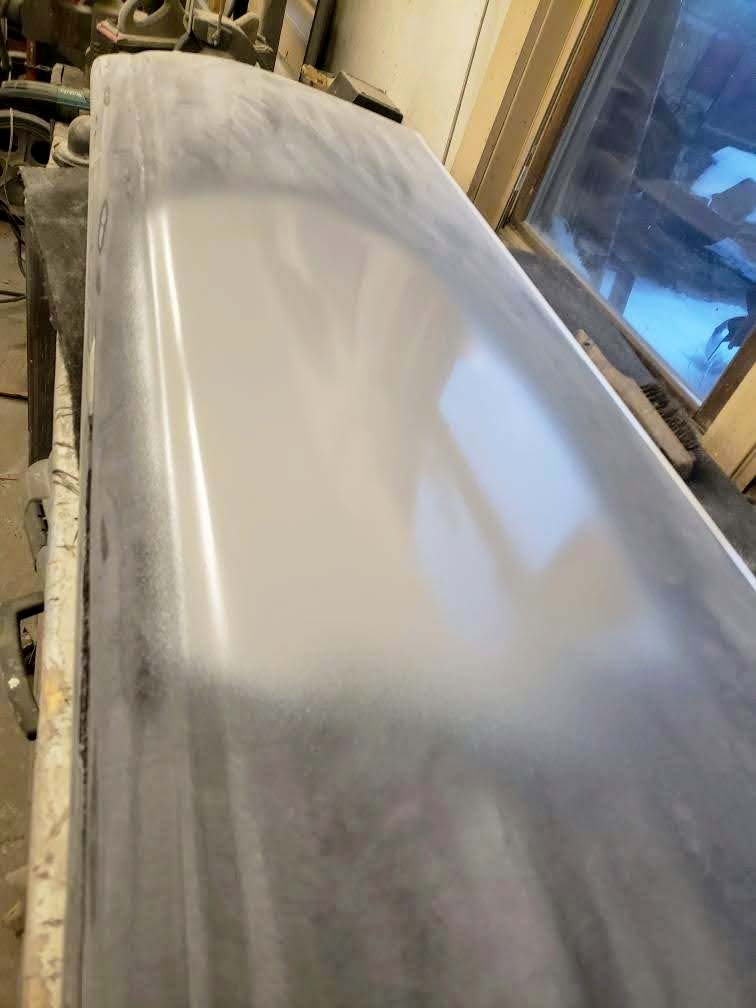 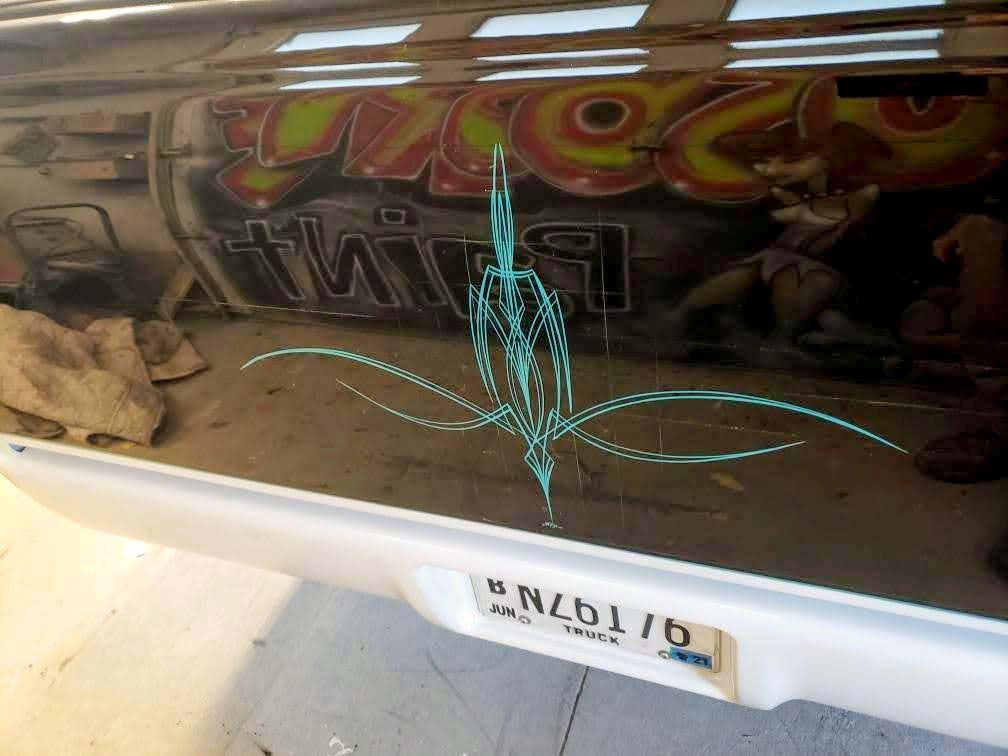 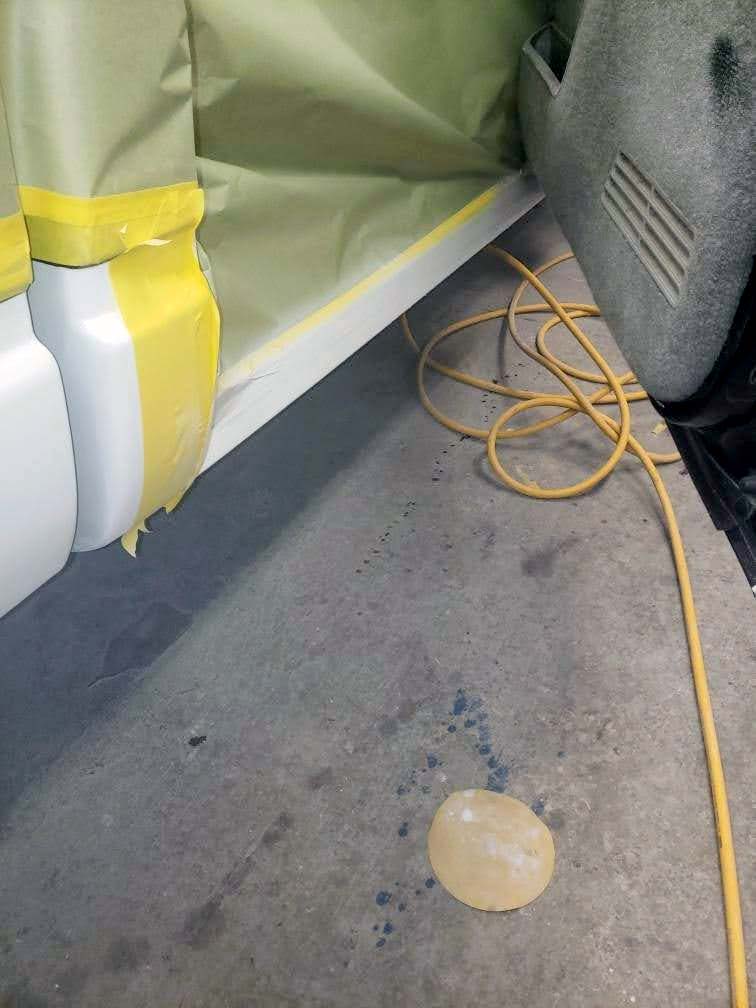 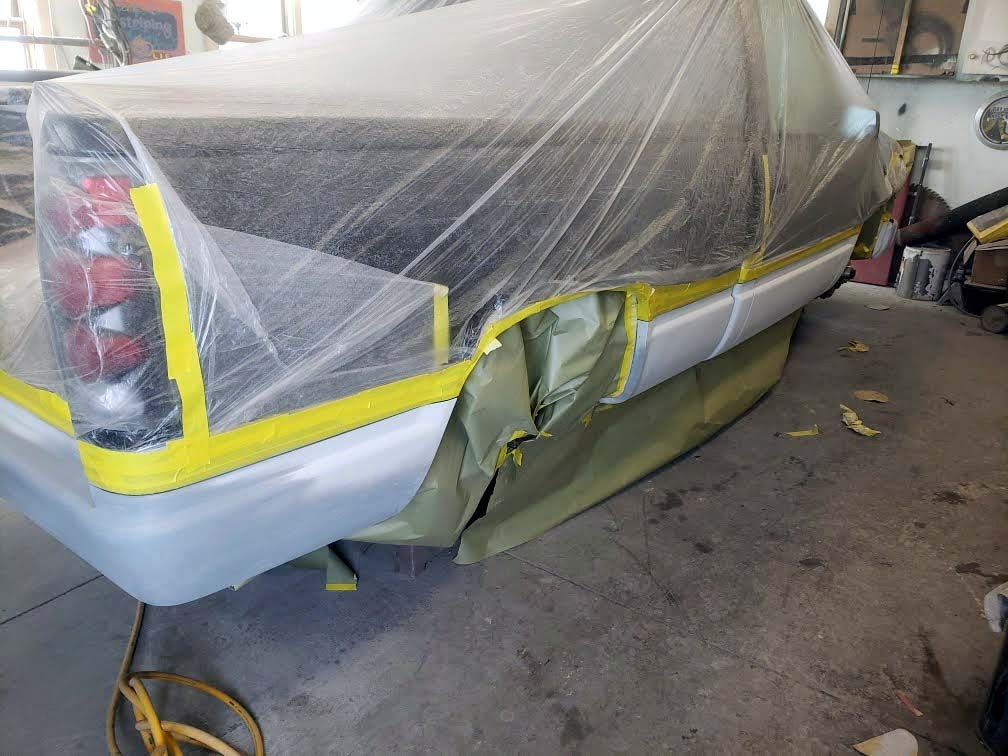 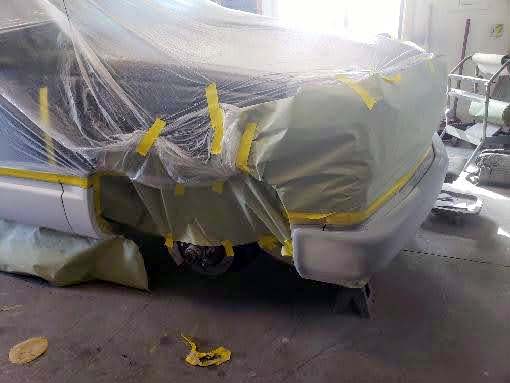 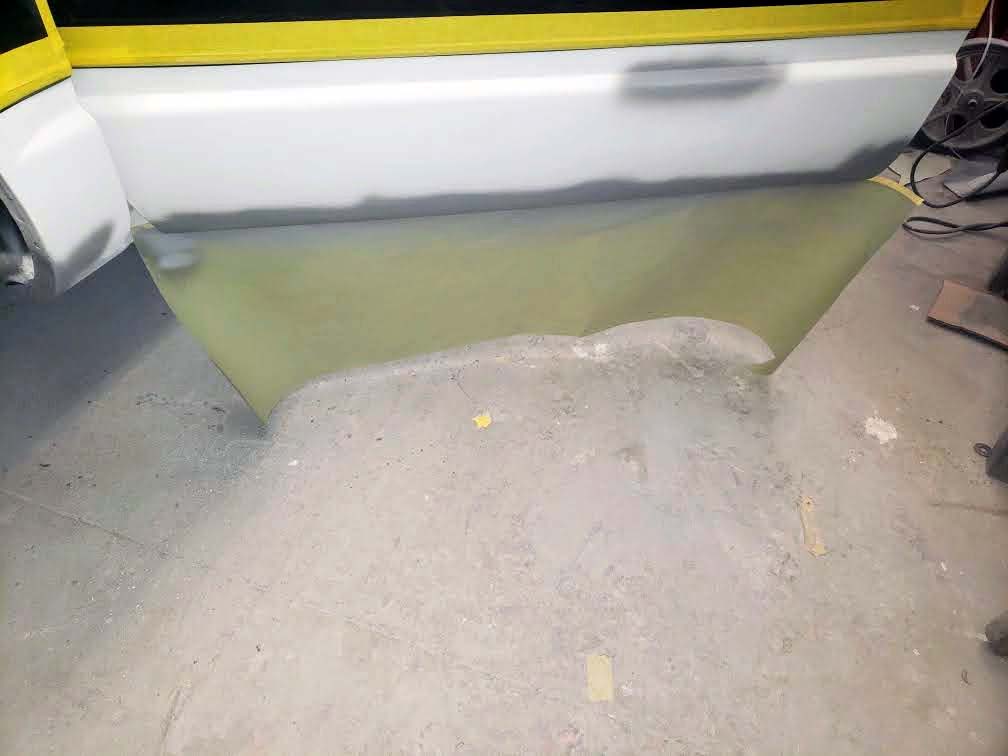 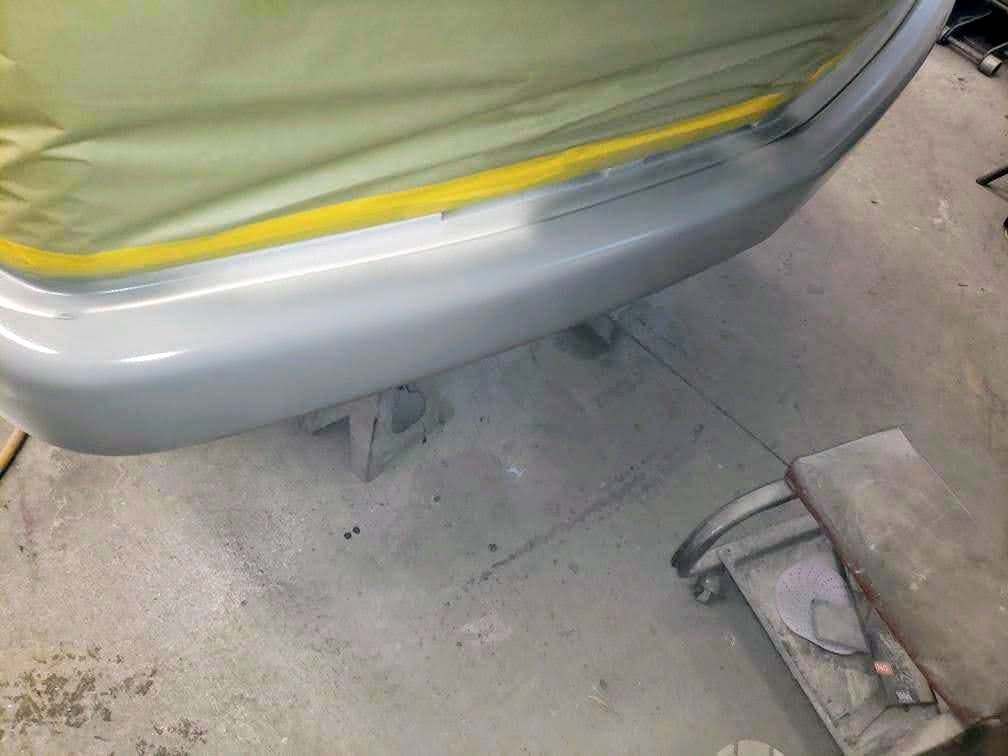 Front bumper smoothed out and primed 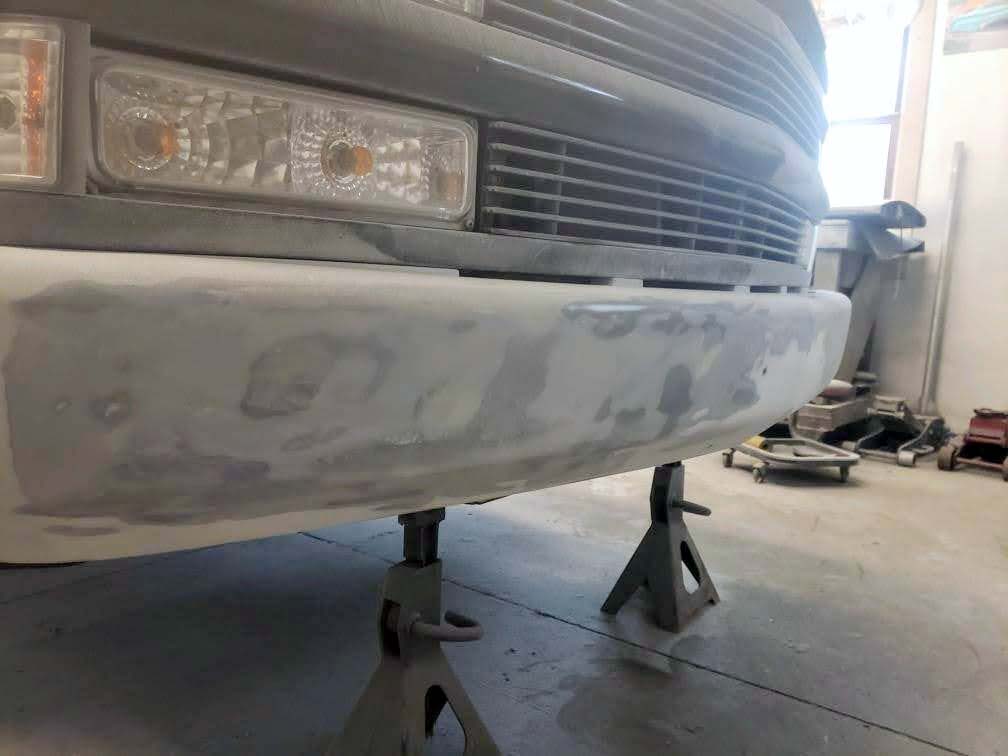 Front bumper being filled and sanded 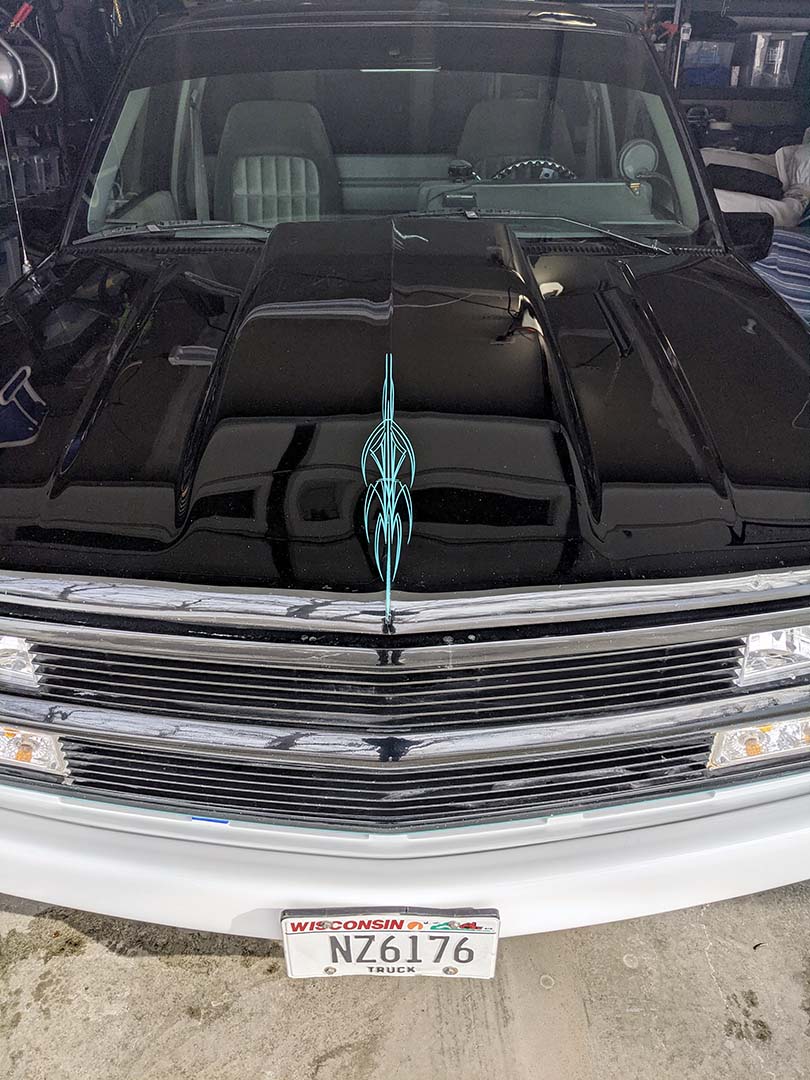 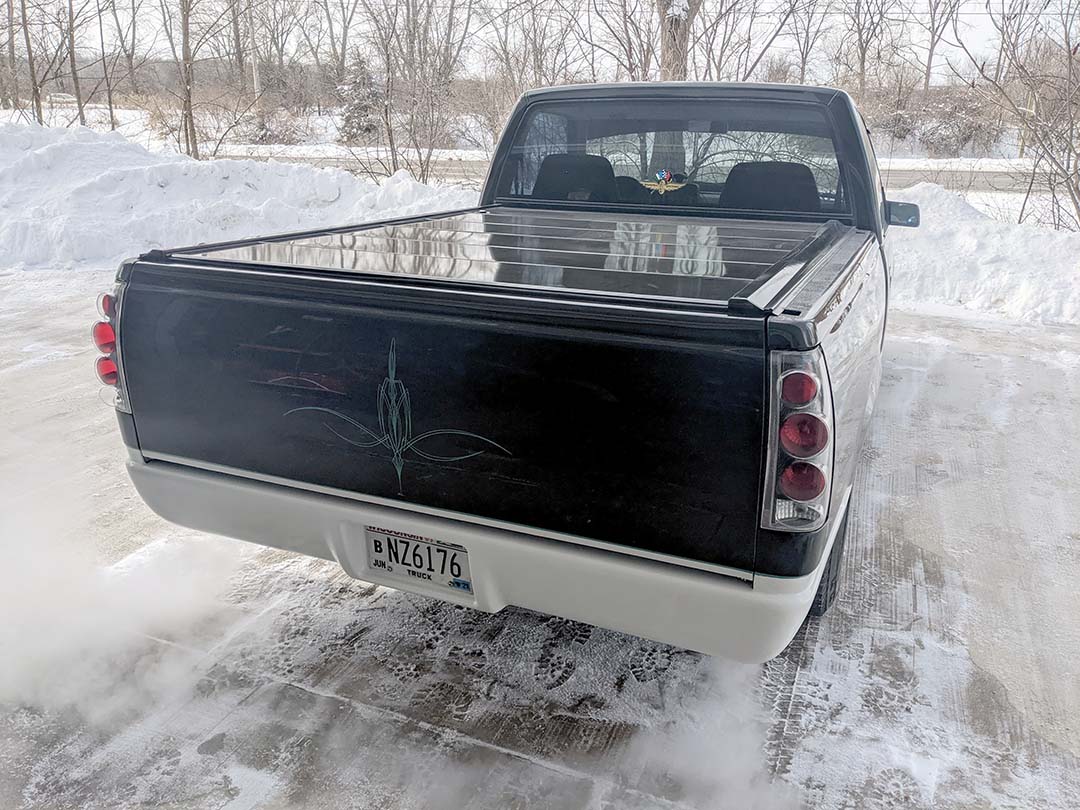 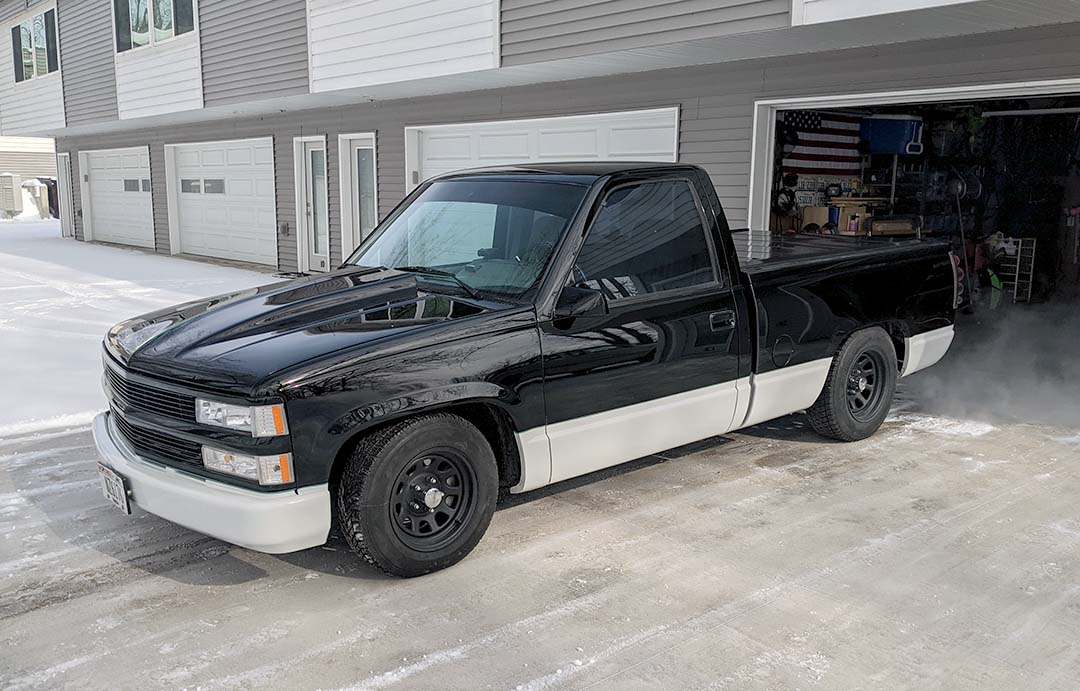